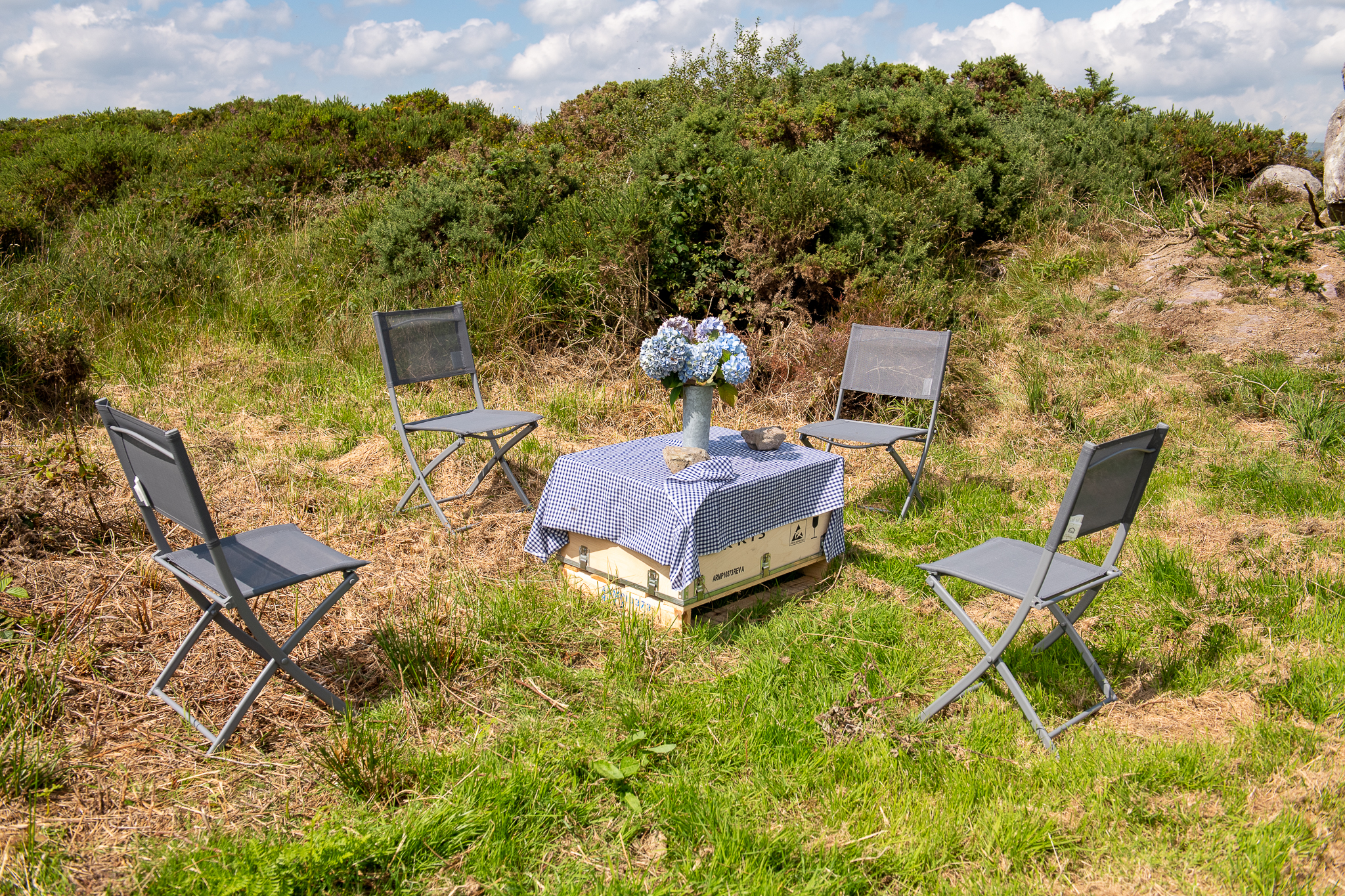 This is the final update from our Supported Summer Residency. In addition to the four wonderful artists, we hosted at Cow House, Co-Directors Rosie O’Gorman and Frank Abruzzese traveled to photographer Miriam O’Connor’s family farm, where she has been developing her artistic practice alongside her daily responsibilities caring for her cattle. It was a week packed with activity, laughter, and productive time in the studio. We are fortunate to have had the opportunity to run this residency and look forward to packing all of this exceptional work and sending it to our generous patrons.

Forget me notes, 2020. Taking large mechanical robots out of their natural context, a place of constant fighting and war, and the constant pull between the innocence of the juvenile depictions of cartoon characters and the inherent violence that belongs to them. The drawing offers an alternative setting for the robots, a setting that is melancholic and tender as opposed to their fast-paced storylines of doomed humanity with a vast collection of deadly weaponry, space ships, and landscapes of destruction. 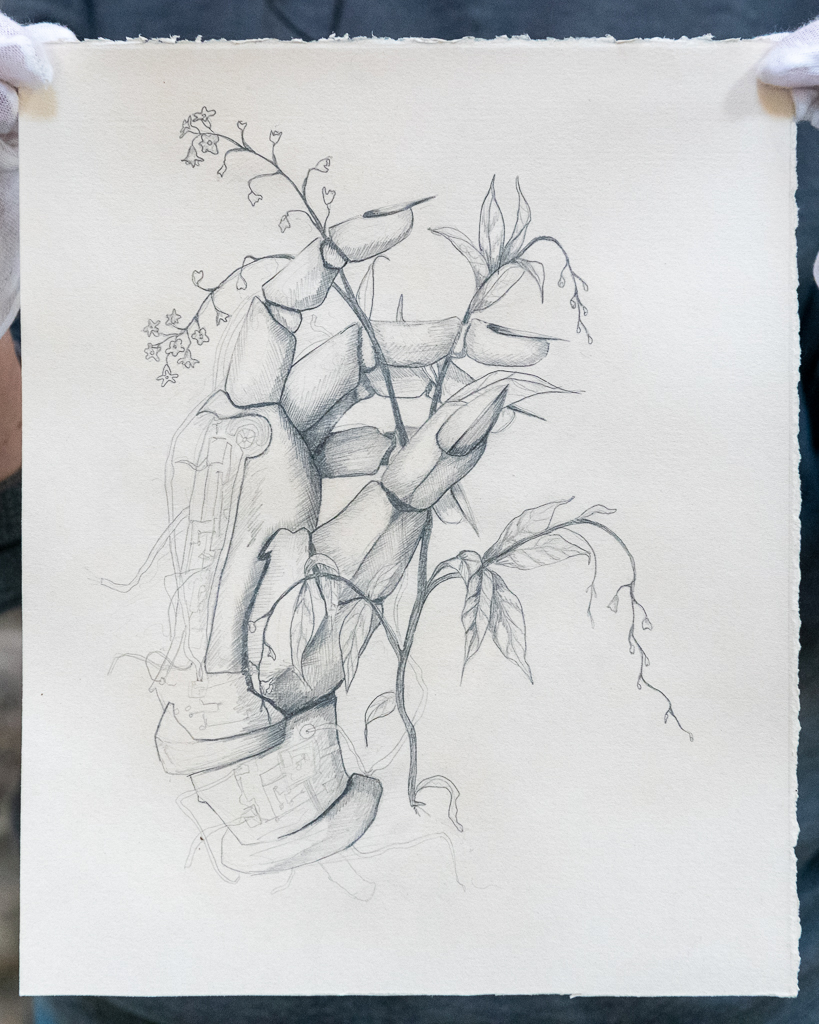 Candidate 3, oil on cotton over board, 2020 is part of a series of recent oil paintings which stem from ideas about ‘day jobs’. Each work isolates images of past positions, self-portraits, bosses, interiors, exteriors, in house rules, colleagues as well as imagined occupations and invented roles. These inquiries into labor and the gig economy are motivated by the artists’ personal experience. Quasi-human form, repetitive pattern, haptic qualities, familiar processes, child-like note-taking, and innate handling of materials are central to the work and all that informs it. 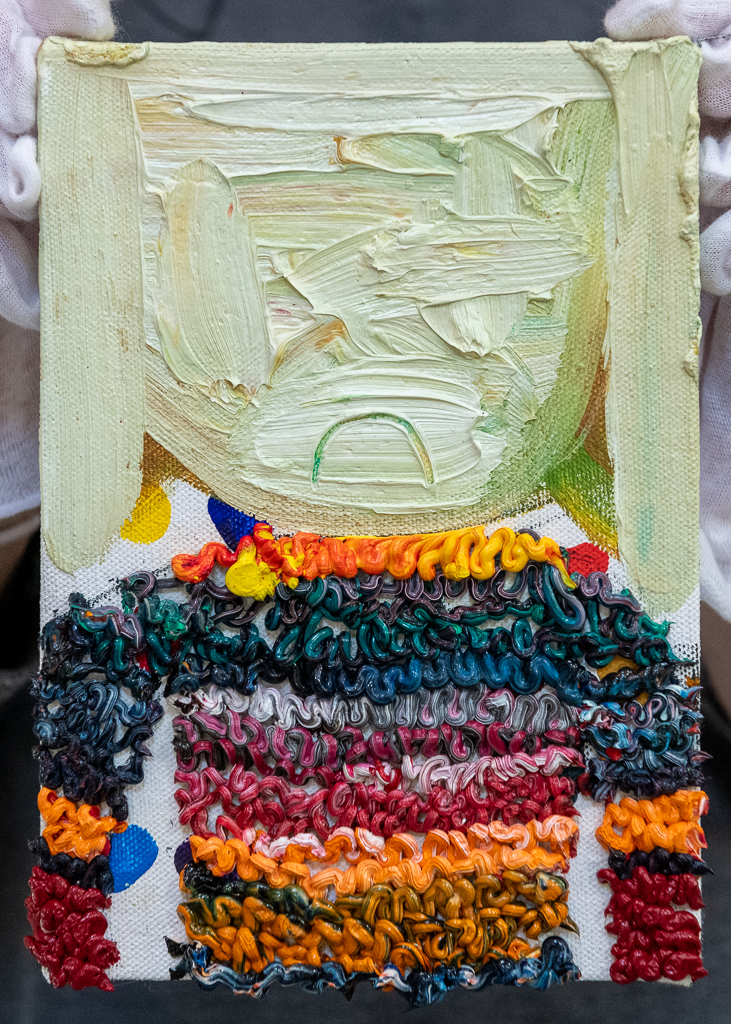 The image that I am donating as part of the Cow House Studios’ Supported Summer Residency Programme derives from a long-term project engaging my relocation to the family farm following the death of my brother in 2013. Up until this point my brother had thoughtfully managed the farm for almost three decades, and the task of keeping things going was then conferred to my sister and I. Developed throughout this intervening period, the work reflects on the day-to-day demands of farming life while questioning photography’s ability to communicate the magnitude of this life-changing event. 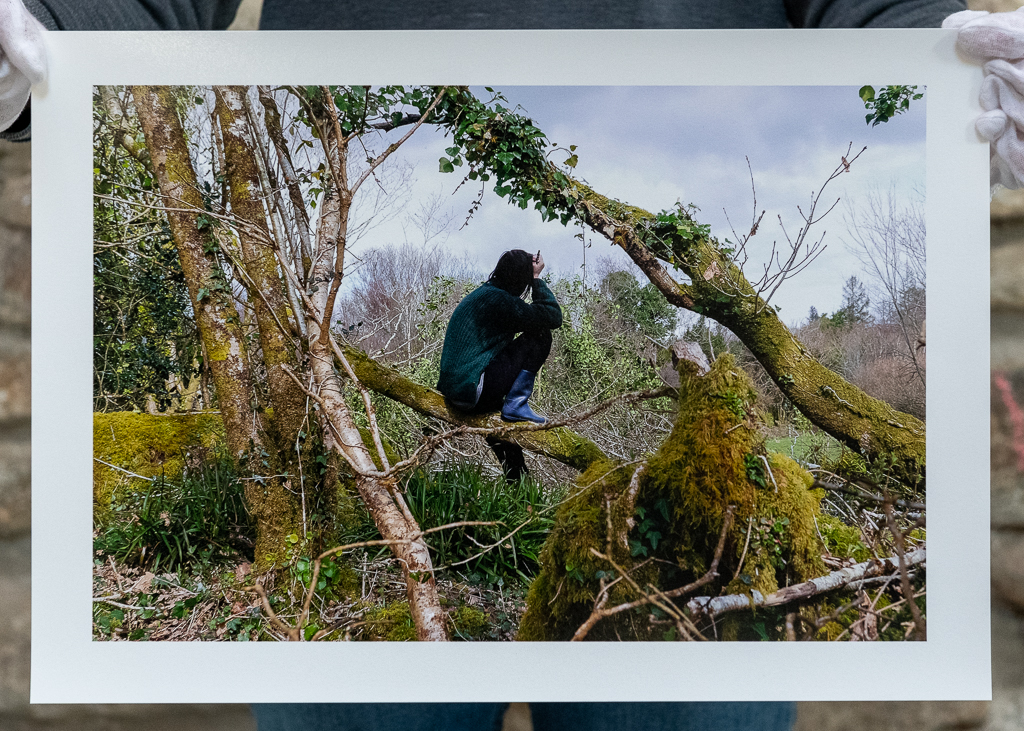 This portrait is one of four of Herbert in the series ‘Proverbs’. In this series, we are presented with a long term multimedia project involving recorded audio, alongside still and moving images. As a body of work, it emerged in response to the writing of Ngũgĩ wa Thiong’o, a Nobel prize-nominated author, who describes the African landscape as being ‘blanketed in a European memory of place’. The series contemplates the connection between landscape and memory, meditating on these age-old proverbs in the context of the contemporary landscape. In this portrait he is eighteen years old, the others were taken at ages fifteen, seventeen and nineteen. These form an integral element of time and change within the series.

Wandering through this unfamiliar landscape, the images linger on the people and its landforms. Fluid in approach, there are no fixed stories to tell, or no conclusive outcomes to communicate, rather an overarching narrative considers how a place is experienced, in terms of its aesthetic values, and for the layers of memory and history that it holds. 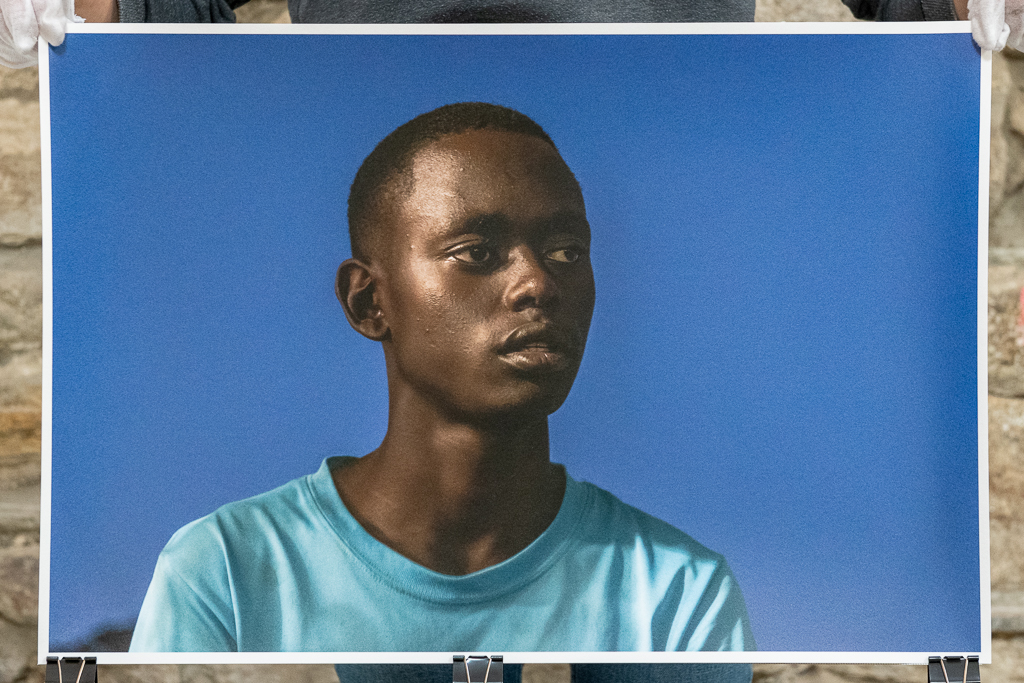 The work I donated is a picture of me about to go for a swim. I’m dipping my toes into the pond and putting my earrings onto my phone. The first day I did a little sketch of my view down my stomach to my feet and I painted from that sketch. In the end, I turned the painting upside down cause that’s the way people see me. People do not see me from the view from my head. I suppose whoever gets the painting can hang it whatever way they like though. Also, I have an extra toe in the picture. That is why the painting is called The extra finger. 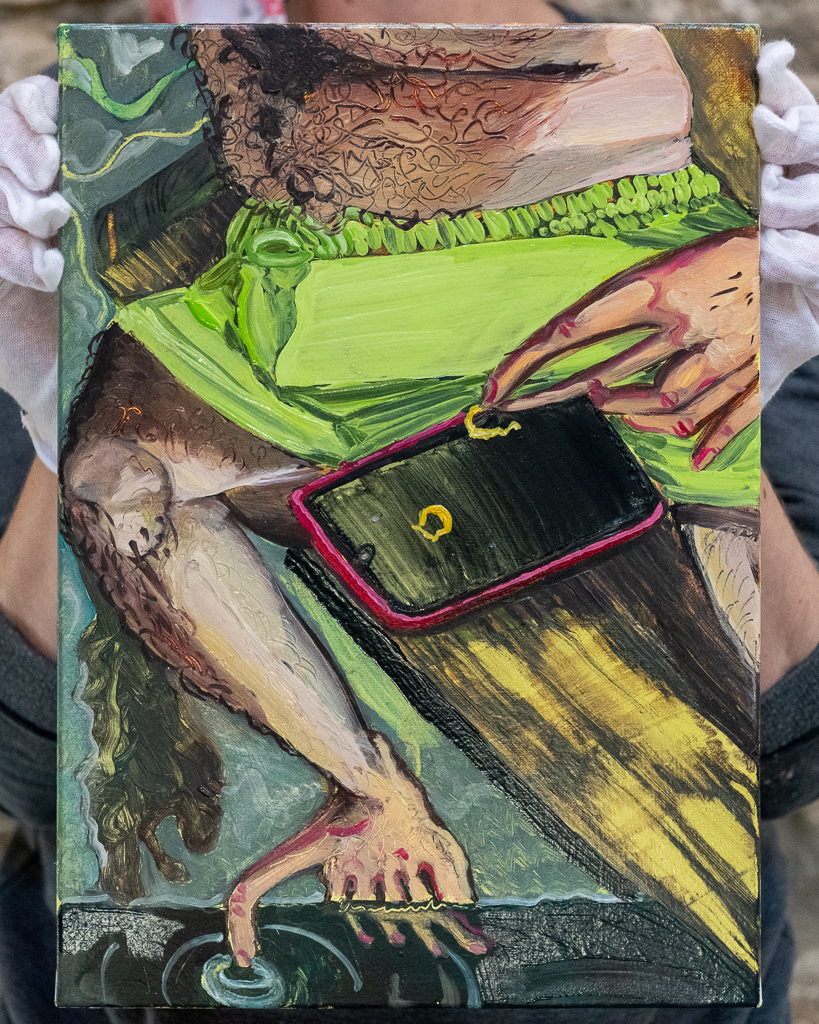