Right now I am invested in working on paper in ink and pencil. These were the materials with which I first wrote the alphabet. I want to use drawing to talk about similar sign systems, personal and cultural symbols which express subjectivity.

Some devices I am thinking about are gradients and transitions between tone. In pencil and photogravure I am making very slight tonal shifts. I hope to create tones that can only be understood when they graze their neighbor. I think of them as rainbows in black and gray. In ink I create gradients, the path and velocity of which are reliant on the properties of the medium.

In making these drawings I am investigating the concept of a spectrum. For me, a spectrum implies boundlessness, an infinite number of points between two fixed sites. My drawings segment, reroute, repeat this infinite range. In creating (wrong) rainbows, I am thinking about range as an illusion of infinite possibility or choice. Rainbows are, after all, optical illusions.

In addition to rainbows as visual abstractions, I am interested in spectrums as they appear in commercial brands. By this I mean a wide variety of products within a brand that seem to suggest infinite choice, but are in fact limited. The vast array of Coca-Cola products has been a rainbow of particular interest to me.

Most recently I have been using letter forms in abstract compositions, such as the “Erased” drawings. After creating a composition in pencil, I erase the work, only to layer a new drawing on top. After 10 or 15 erasures, the paper builds a history of marks like a well-used chalk board.

In creating a language of objects or symbols, I hope to evoke both the possibility for infinite expression and the frustrating reality of a limit in terms. The space between meaning and language continues to occupy my thinking and my work. 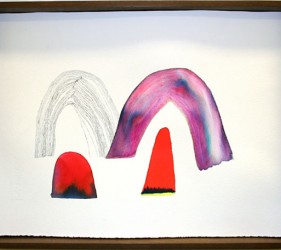 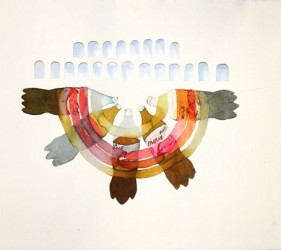 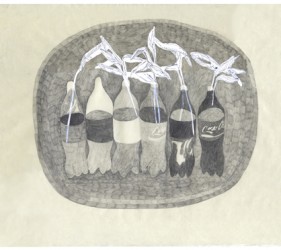 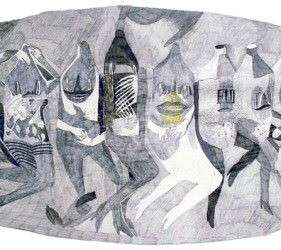 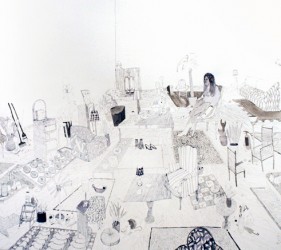 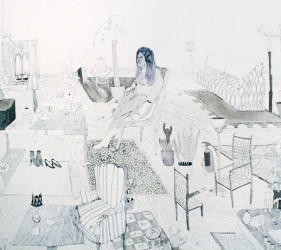 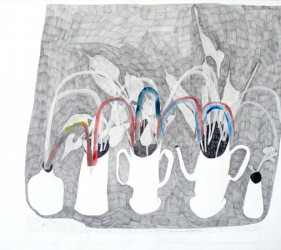 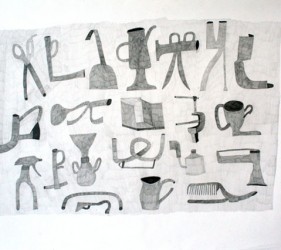 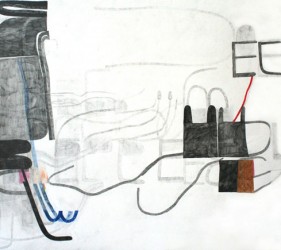 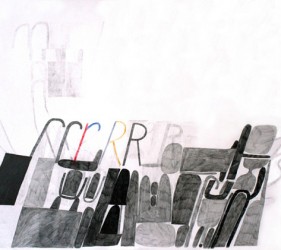