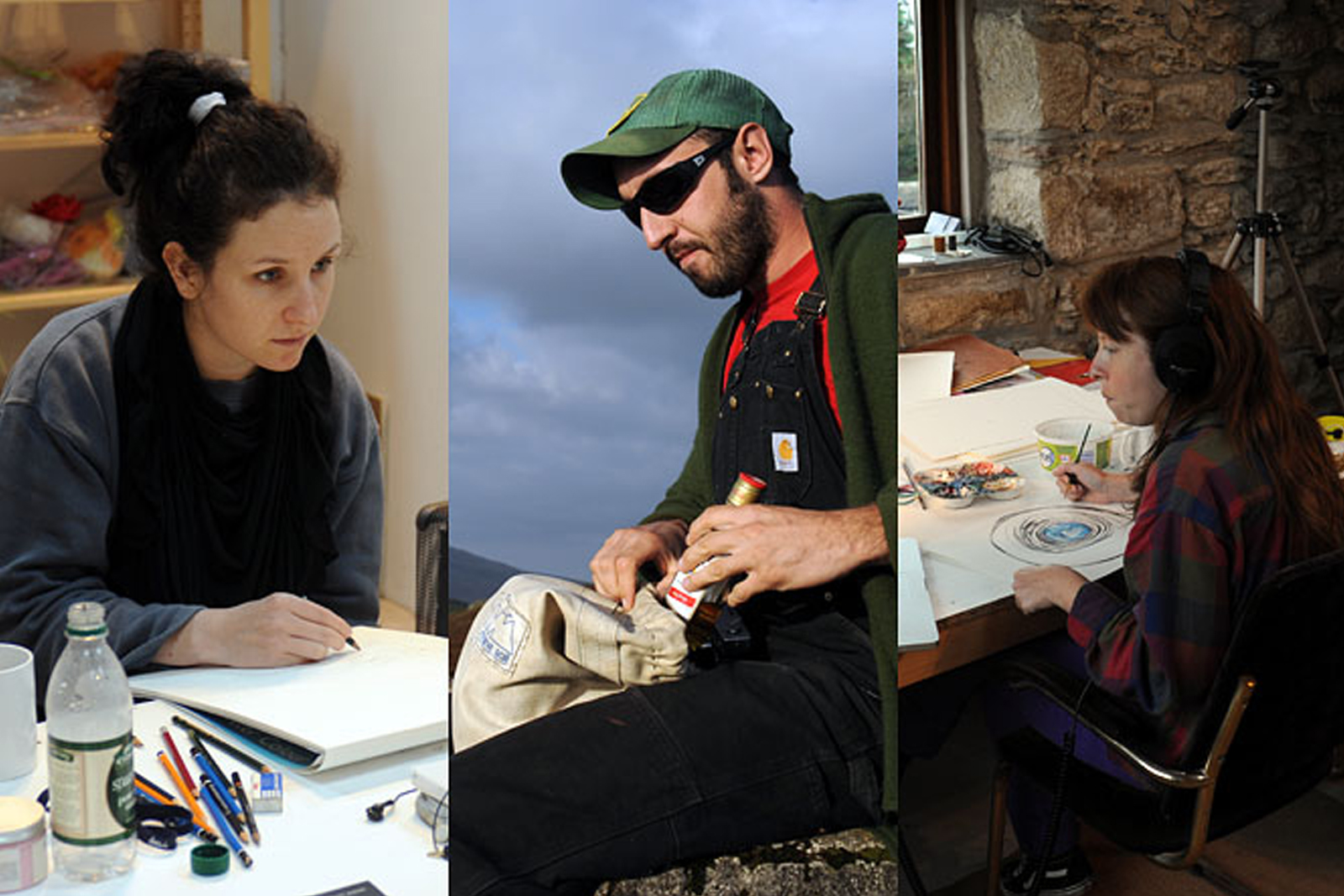 Julie is currently based in her native Montreal, Canada. In 2005 she received her MFA from the Art Center College of Design, Pasadena, USA. In 2002 she received Post-Baccalaureate certificate from the San Francisco Art Institute, CA, and in 2001 completed a Baccalaureate of Fine Arts at Concordia University, Montreal. Lequin has exhibited in solo shows in Los Angeles, New York and Minneapolis, and in numerous group shows and screenings in the United States, Canada, Germany, Italy, Australia, Sweden and Switzerland.

New York artist William Rueck received his BA in Furniture Design from the Rhode Island School of Design in 2005, and 2002 he attended the Nuova Accademia Di Belle Arti Milano, Milan, Italy. Rueck has exhibited in Boston and Rhode Island, USA.

London based artist Aoife Collins received her B.A. from National College of Art & Design, Dublin, in 2002, followed in 2004 by an M.A. from Chelsea College of Art and Design, London. Collins has participated in numerous groups shows including those in London, Dublin, Belfast, New York, San Francisco, Venice and Slovenia, with an upcoming show at the Kunsti Musuem of Art in Vaasa, Finland.