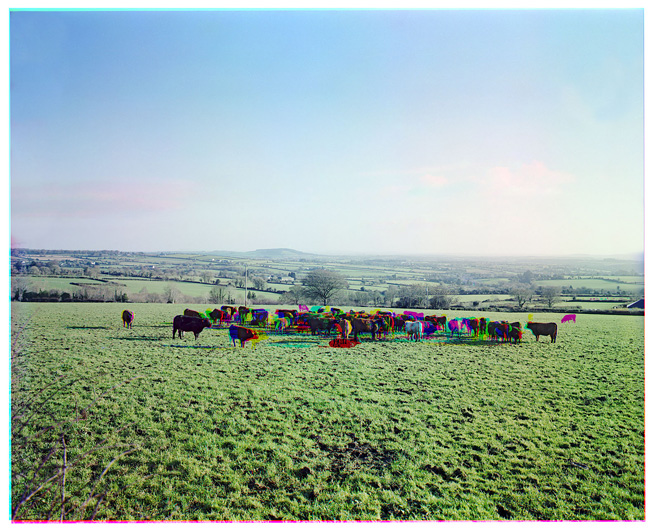 Live Load, a solo exhibition of work by Frank Abruzzese

Live Load is the variable weight burdened by a structure, such as moving traffic on a bridge, furniture and people in a high-rise office building, or the weight of a person sitting on a chair.

A farmer with an intimate knowledge of his land will tell you that if you are planning to build a house in a particular field it is best to observe the behaviour of animals on that site, they instinctively know where the best spots are. Throughout history, people have engaged with and observed the land, the sea and the stars for understanding, meaning and survival. As populations move to cities this firsthand engagement has largely been replaced by a pre-mapped understanding. Inherited traditions and intuition have been replaced by an analytical model grounded in empirical methodologies.

In Live Load, Wexford based artist Frank Abruzzese investigates this shifting engagement and behaviour that one has with landscape through his experimental and process driven working method. Taking influence from the pioneering photographic work of Russian photographer Sergei Mikhailovich Prokudin-Gorskii – Abruzzese’s photographs are captured in three isolated colour channels and then recombined to reveal full colour images. The evidence of the live load is captured in successive impressions of cyan, magenta and yellow, exposing the fluctuating elements of a place and its variable occupants. These photographs capture a sequence of movement and cycles of time simultaneously.

This exhibition is a component of an inter-studio exchange programme between Cow House Studios, Wexford and Ormond Studios, Dublin.

Image above Cattle at Rest, Co Wexford, 2011. You may view the work from the exhibition here.