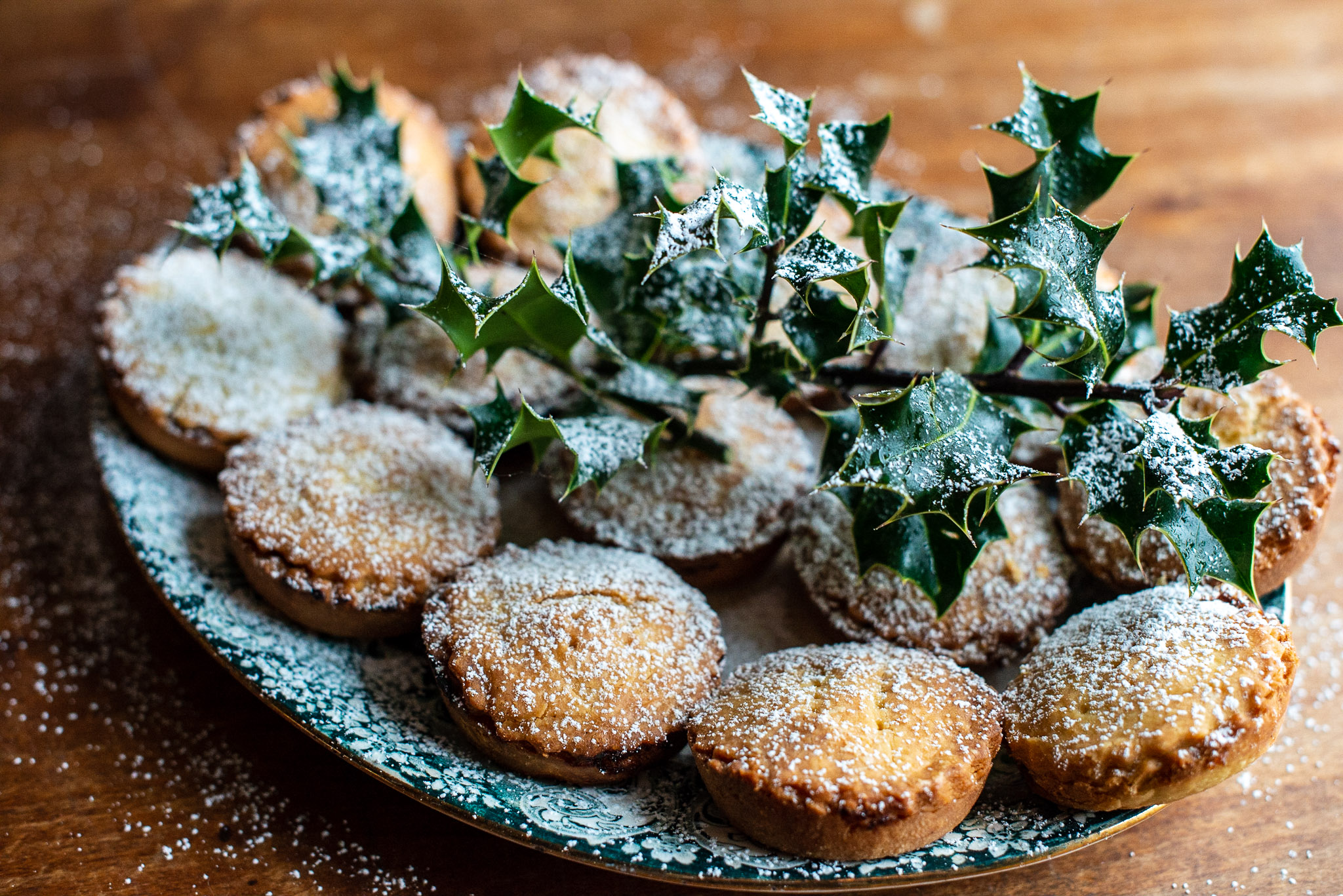 At this time of year, in just about every grocery store, cafe, and bakery here in Ireland, you’ll see stacks of mince pies for sale. These are nice if you can get them, but nothing compares to Mary’s homemade version. Her mince pies are something special, and one among many sweet treats she spoils us with during the holidays. The secret, as is often the case, is the butter in the crust! Something you won’t find in store-bought versions. For the filling, she relies on her trusty seasonal tome A Simply Delicious Christmas by Darina Allen and for the pastry, a clipping from a 1980’s magazine with a recipe from Paula Daly. For this Christmas Eve, we are sharing Mary’s hybrid mince pie recipe.

Mince Pies, known initially as ‘minched pie,’ ‘mutton pie,’ or ‘shrid pie’ can be traced back to the 13th century. Returning crusaders brought with them Middle Eastern recipes that contained meats, fruits, and spices. These pies were initially served as a savory main dish and included meat such as mutton in the filling, rather than as the sweet treat of today with dried fruits, and spices mix. As fruits and spices became more plentiful in the 17th century, the spiciness of the pies increased. It’s around this time that the traditional meat filling fell out of fashion, with fruits, suet, and spices taking over as the main ingredients. In the late 18th century, to represent the manger that Jesus slept in as a baby, mince pies became associated with Christmas. Often these recipes would have a list of 13 ingredients, representing Christ and his 12 apostles.

Mary begins her dessert preparations in the autumn. The O’Gormans take their Christmas celebrations seriously! Mince pies are the perfect thing to prepare in advance since the pastry and filling keep well in the freezer, with assembly happening closer to the holidays. When baking these tasty treats, be sure to create a good seal around the edges. The sticky filling can overflow while baking causing the pies to stick to the tin. If you’re lucky enough to be around while Mary is baking, you can enjoy these piping hot casualties with a cup of tea. A custom from the Middle Ages says that if you eat a mince pie for the twelve days of Christmas, which conclude on the 5ht of January, you’ll have happiness for the next 12 months. An easy task as far as we’re concerned!

Core and bake the whole apples in a moderate oven 180C/350F for approx 45 minutes. When they are soft, remove the skin and mash the flesh into a pulp. Finely grate the rind from the lemons and squeeze out the juice. Add the other ingredients, one by one, mixing thoroughly after each addition. Store in a large airtight jar or container such as a mason jar for two weeks before using it. If you’d like to give the mincemeat as a gift, place it into a jar and cover with jam covers before putting on the lid. The mincemeat will keep this way for months or up to a year in a cool, airy place.

Sieve the flour and icing sugar together. In a separate bowl, beat the egg yolk, water, and lemon juice together. Place half the flour mixture in a mixing bowl along with the softened butter and the egg, water, and lemon juice mixture. Cream with a fork until well mixed. Add remaining flour and mix to a firm dough. Knead lightly until smooth, wrap with clingfilm and leave in the fridge for one hour.

Preheat your oven to 220C/440F. Have ready 12 ungreased tartlet tins. Roll out two-thirds of the pastry thinly on a lightly floured surface. Cut into rounds with a fluted cutter a little larger than the tartlet tins. Line the tins with these rounds, pressing them to the side with your fingers. Place one heaped teaspoon of mincemeat into each.

Roll out remaining pastry and cut into rounds with a slightly smaller cutter to fit the tops. Brush along the edges of the mincemeat tarts with water and place the smaller rounds on top, sealing with your fingers. Mark two little slits in the center. Using a fork, pierce the lid. Lightly beat the left-over egg white with a fork, brush over the pies and sprinkle with sugar.

Bake in preheated oven for 15-20 minutes until the pies are nicely golden. Once cooked, remove from the tin and allow them to cool on a rack. Mince pies are delicious warm or cold. 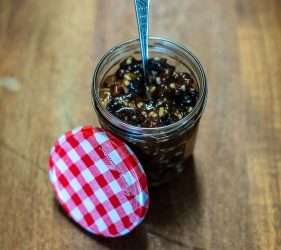 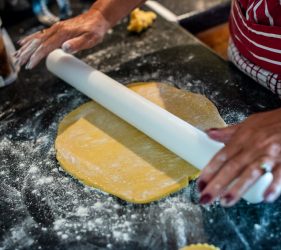 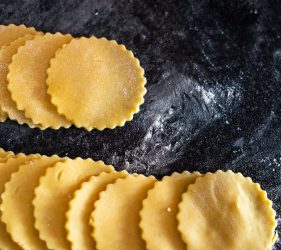 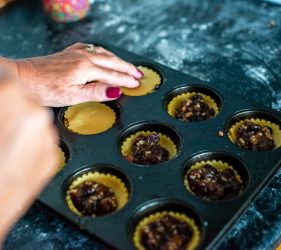 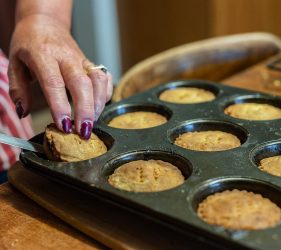 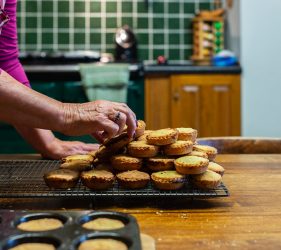 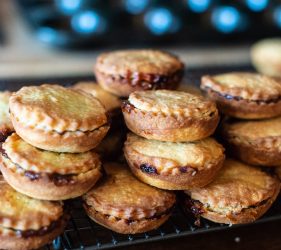 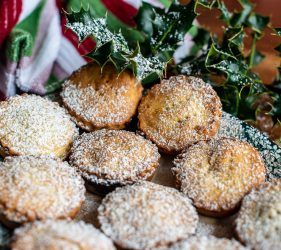 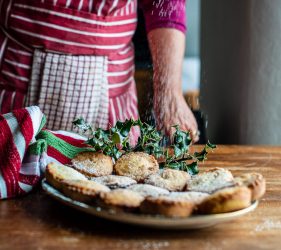