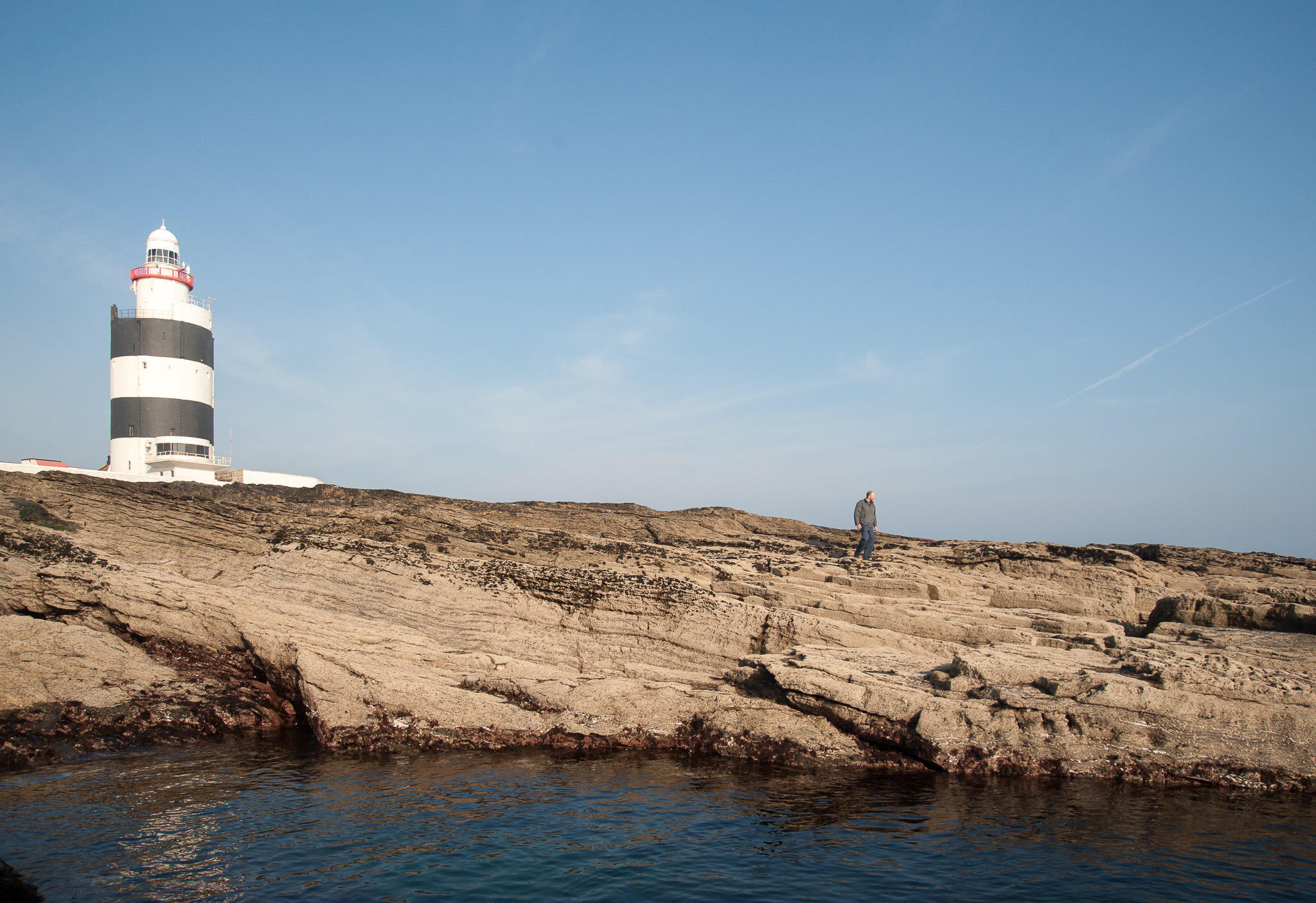 The Lighthouse at Hook Head is one of the incredible local sites we will be visiting this summer with students from our summer program, Art on the Farm. Known to be the second oldest operational lighthouse in the world, after the Tower of Hercules in Spain, it is a unique example of an almost intact medieval lighthouse. Dating from the early 13th century it was a major feat at the time of its construction. Purpose-built as a lighthouse, it marks the entrance to Waterford Harbour and has served sailors and shipping for more than 800 years, apart from a short closure during the 17th century.

First, run by a group of monks whose monastery was located on the peninsula, fires were lit as warning beacons for sailors in the night. In the mid 17th century the monks gave way to lighthouse keepers who installed a coal-burning lantern on top of the tower. In subsequent years many different fuels were used to provide safe harbour. A whale-oil lantern took over in the 1790s followed by whale oil in 1871 before progressing to paraffin oil in 1911. Finally, the tower eventually turned to electricity in 1972, however, a clockwork mechanism that enabled the flashing signal needed to be wound every 25 minutes by the keeper on duty. It was only in 1996 when the last lightkeeper stood down as the lighthouse was converted to automatic operation and today it is remotely controlled by the Commissioners of Irish Light, in Dun Laoghaire.

We are so fortunate that in 2001 the Lighthouse at Hook Head opened to the public and now offers wonderful tours to interested travellers. In addition to the remarkable history of this site, Hook Head is a place of stunning natural beauty. It’s a joy to explore the rocky coast and take in views of the Irish Sea.