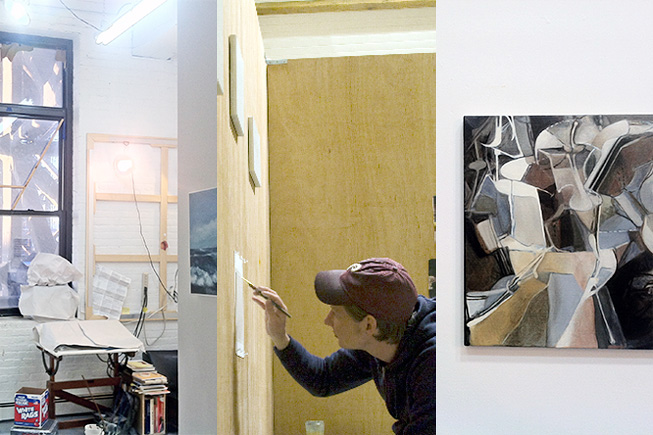 Peter is a painter based in Brooklyn, New York. In 2005, he graduated with an MFA from Hunter College. He’s exhibited in Ireland, Germany and throughout the US. In 2008 he was one of our first residency artists, and has remained a close friend. His most recent solo exhibition Outer Space ran from May 30 – July 6, 2013 at Freight + Volume in New York.

CHS:What have you been working on most recently? Can you describe a bit about your process and the themes you’ve been exploring?

PAH:I’ve been making small (12″x12″) oil paintings. One of which is based on the Duchamp painting “The Passage from Virgin to Bride”(1912). As a native Philadelphian yourself, I’m sure you know the work well. I’d have to say that my process mostly involves avoiding overarching themes as much as possible. Not that the paintings don’t relate to each other, but their individual subject matter can vary vastly.

CHS:What is your most vivd memory from your time here in Ireland? How did your residency at Cow House inform you as an artist?

PAH:There are still so many vivid memories. Mostly, I’d say that the conversations about art and ideas with you, Rosie, the others on residency, your friends and family and all the other people that we came across. Still amazed that people have the time and energy to sit down at talk over a drink and something delicious you concocted in the kitchen. I still look for those types of open honest conversations.

CHS:You live in New York, but make a point to spend time in rural settings as well. What does this time away from the city mean to you?

PAH:It is the only way I can tolerate living in New York. There is a certain mental space that doesn’t exist in the city for me that I found in places like Cow House. That time for a meaningful conversation that I was referring to earlier. Also, Sarah, my wife, says that I look healthier as soon as I leave. So there is that too.

CHS:Your recent show Outer Space featured several smaller canvases, and a few very large paintings. How do you modify your approach for this shift in scale?

PAH:It was difficult at first. I hadn’t made a painting at that scale (6’x 6′) in nearly seven years. The shift in scale does force you to plan a painting in a different way. The physicality of the image becomes the primary concern when working at that scale. What looks good at one by one foot square often doesn’t translate to six by six feet and vice versa. You just have to be open to this and be conscience of all the ramifications.

CHS:You often re-visit compositions from previous paintings. You have made two paintings from the stream here by the River Lane. Is there a difference for you between a primary and a secondary source?

PAH:Actually, I have now made four paintings of the stream. That is a difficult question. Yes, there is a difference between them. The problem lies in the assumption that a hierarchy exist between them. The stream on the farm now does not exist in the same way that it did when I first documented it through drawing and photographs. Every subsequent painting I have made further blurs this hierarchy and expands the meaning of the previous ones. The distance in time and space from my initial encounter with the stream allows this expansion to occur. The places I have been, the experiences I’ve had, the paintings I’ve made: all inform the later versions with content that hadn’t previously existed. 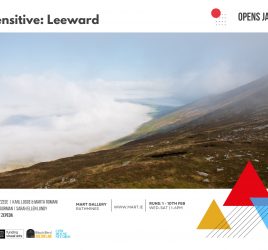