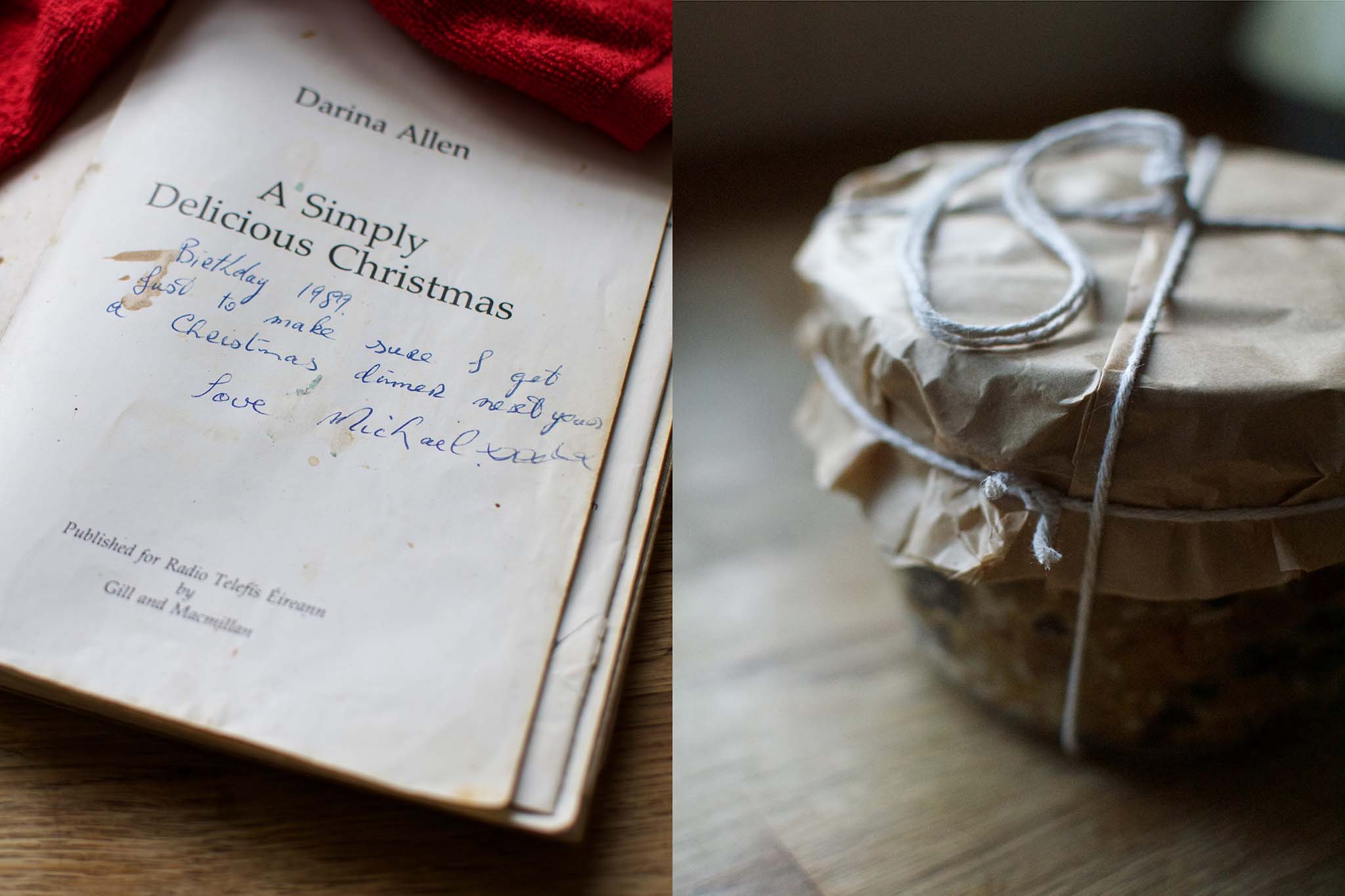 Edel has developed a real love of baking, stemming from many childhood hours spent with her sisters “helping” Mary prepare delicious treats. Somebody has to lick the spoon right? Having recently converted to eating a gluten-free diet, Edel can now empathise with the many gluten-free students attending our summer program or gap year and the artists here during one of our various residencies. She has found that some cakes and bakes need to be totally re-invented, or need a long list of ingredients to get the same texture as the original. However, this gluten-free pudding recipe is the perfect example of where just a few tweaks will mean you can still enjoy this traditional Christmas treat without any compromise!

During the run-up to Christmas, Mary bakes a staggering number of desserts. Christmas pudding is a mainstay. The dried fruit, clove and lemon zest are synonymous with the season. To this day, the customary Christmas morning breakfast in Ballybawn is thin slices of pudding fried in a little salted butter. The sweet slices get nicely warmed through, while the outside develops a caramelized and slightly crispy texture, simultaneously filling the kitchen with the heavenly aromas of Christmas. A real festive treat, perfect with a cup of hot tea!

Traditionally Christmas pudding would be steamed for an hour or two just before being served as a dessert. The cooking method listed here means this isn’t necessary, but you can certainly follow that tradition if you wish. For a real show stopper, turn the warmed pudding out of the bowl onto a hot serving plate, pour over some brandy or whiskey and ignite. It’s delicious served with whipped cream or custard.

When mixing the ingredients, make sure to involve everyone around. The tradition is to make a wish as you mix and kids in particular love this part! A nice trick to ensure a well-mixed batch. Another age-old custom is to include a silver coin in the pudding, with its finder rewarded with luck for the coming year.

This recipe makes 1 medium pudding for yourself 😉 and 10 mini puddings which make fantastic Christmas gifts. You can also halve the quantity and make one larger dessert. You can use small cups or ramekins if you don’t have small pudding bowls. Just make sure to grease them a little before spooning in the mixture. Happy Christmas!

Place all the ingredients in a large bowl and mix very thoroughly. Cover and leave overnight.

The next day, preheat oven to 150C. Stir the mixture again and then divide between your pudding bowls, pressing the mixture into the bowls as you fill them. Cover with a double layer of greaseproof paper, pleating it in the middle. Using cotton twine, tie it tightly under the rim. You can also add a twine handle for ease of lifting.

Place the mini pudding bowls in a large deep dish. Cover the whole dish with a double layer of tinfoil, sealing tightly all the way around. Leave one corner open to allow you to fill the dish with boiling water, which should come up halfway up the side of the pudding bowls. Seal the corner and carefully place into the oven for 2-3 hours. Check the water level after 1 hour and top up with boiling water if required.

Place the larger pudding in an oven-proof pot. Again, fill halfway with boiling water and sealing with a double layer of tinfoil. Place in the oven for 5-6 hours. The longer you leave it to cook, the darker it will become and will have a slightly more bitter note.

Once the cooking time is complete, remove the pudding bowls from the water and allow to cool. Turn them out of the bowls before they are completely cold. Re-cover each pudding with fresh greaseproof paper and store in a cool dry place. Once wrapped securely, these will happily keep for months. Often a pudding would be eaten at Easter. 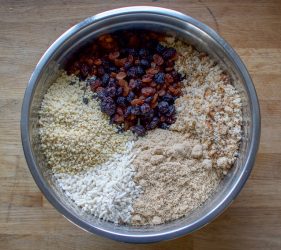 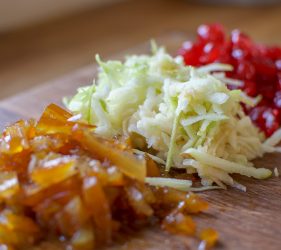 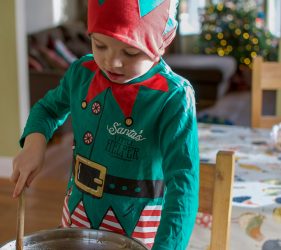 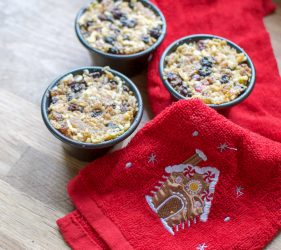 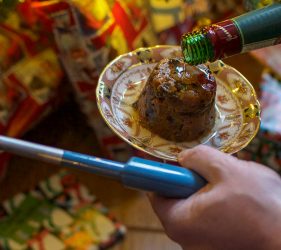 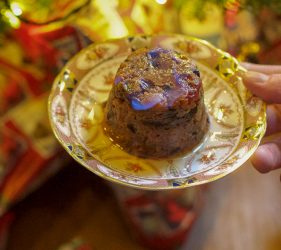