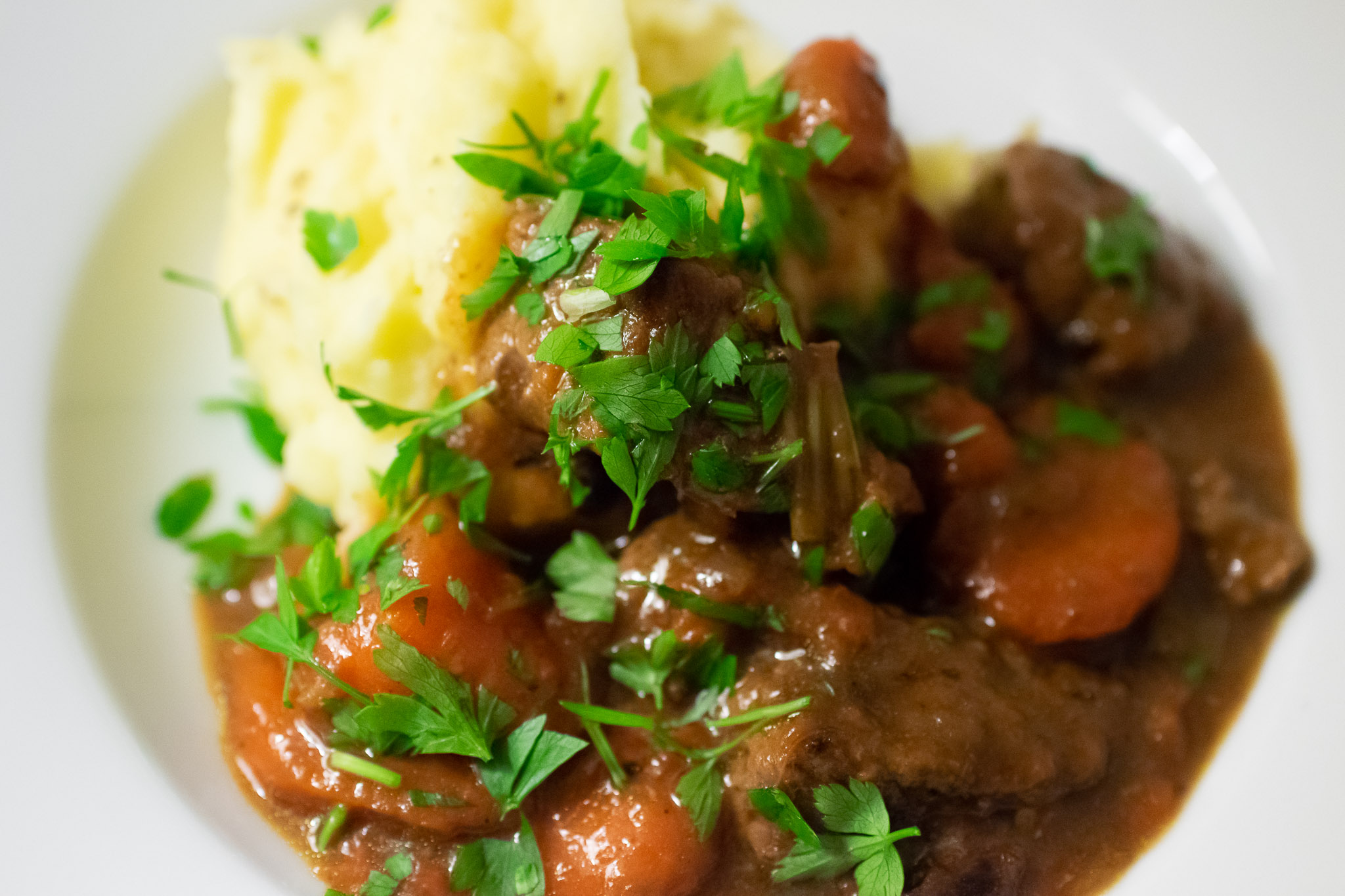 During these cold winter months, nothing could be better than a comforting bowl of stew. The weather here in Ireland seems perfectly suited for food like this from mid-autumn through early spring and thankfully, the grass-fed lamb and beef, as well as the fantastic root vegetables available here, lend themselves well to this style of cooking.

This recipe uses perhaps Irelands most well-known export, Guinness, the hearty stout from Dublin. When co-directors Rosie and Frank moved to Ireland after studying for their masters at San Francisco Art Institute, they lived for a time in Stoneybatter, a section of Dublin just north of the river and west of the city center. St James’s Gate, where the famous brew is made, was just a short walk away on the other side of the Liffey. Some mornings the sweet and earthy aromas of malting barley were so strong it seemed like it was being brewed next door. Some of those same aromas are strongly present in this fantastic stew.

Traditionally, on farms like ours, rather than having lunch, dinner was served mid-day when the workers would come in from the fields. Meals like brown stew were hearty and full of healthy calories to give everyone enough energy to complete their daily tasks. This recipe stems from these types of meals. During the colder months of our gap year program and artist residencies our guests, though not performing hard manual labour ;-), can still appreciate the comforting nature of this particular dish.

Like most stews the key here is patience. It’s best not to rush the process of breaking down the tough connective tissue in stewing beef. When done properly, the meat in this dish can be broken easily with the blunt edge of a spoon or fork. There isn’t a lot of liquid in this recipe and after the slow cooking process, it’s just as easy to serve this meal on a plate as in a bowl.

We like to serve this particular dish with a hearty portion of buttery mashed potatoes since there are no potatoes present in the stew itself. If you have a chill on you from a long, damp, cold day, we guarantee this meal will be totally welcome. A nice fire and warm cup of tea can’t hurt either!

Heat the oil in a heavy bottomed saute pan or pot, season the beef with sea salt and black pepper and sear in two batches so the pan doesn’t cool off too much. Remove and set aside. Into the same pan add the onions, carrots and celery and cook them for about ten minutes until they start to soften. Scatter the flour over the browned vegetables and stir then add the meat and any juices back into the pan. Pour in the Guinness then add the stock cube and herbs.

On medium-high heat, bring the stew up to a boil then cover with a lid lowering the heat to a simmer for 2 ½ hours on low heat or until the meat is tender.

Meanwhile, heat the butter and milk in a pan or microwave until the butter is melted.

Mash the potatoes, using a potato masher or a ricer. Adding in ⅔ of the milk mixture and combine, adding in the rest if needed. Season to taste with table salt and cracked black pepper.

Serve hot, with a side of vegetables and enjoy :-)! 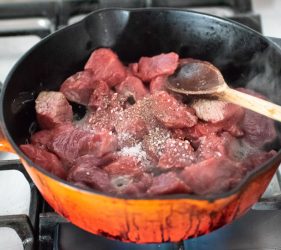 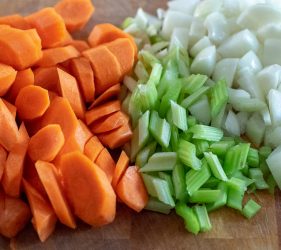 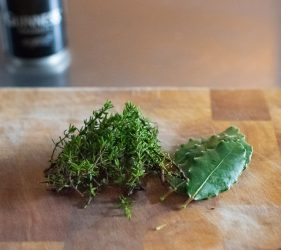 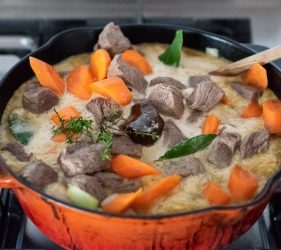 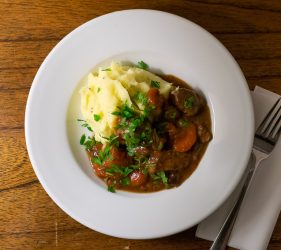