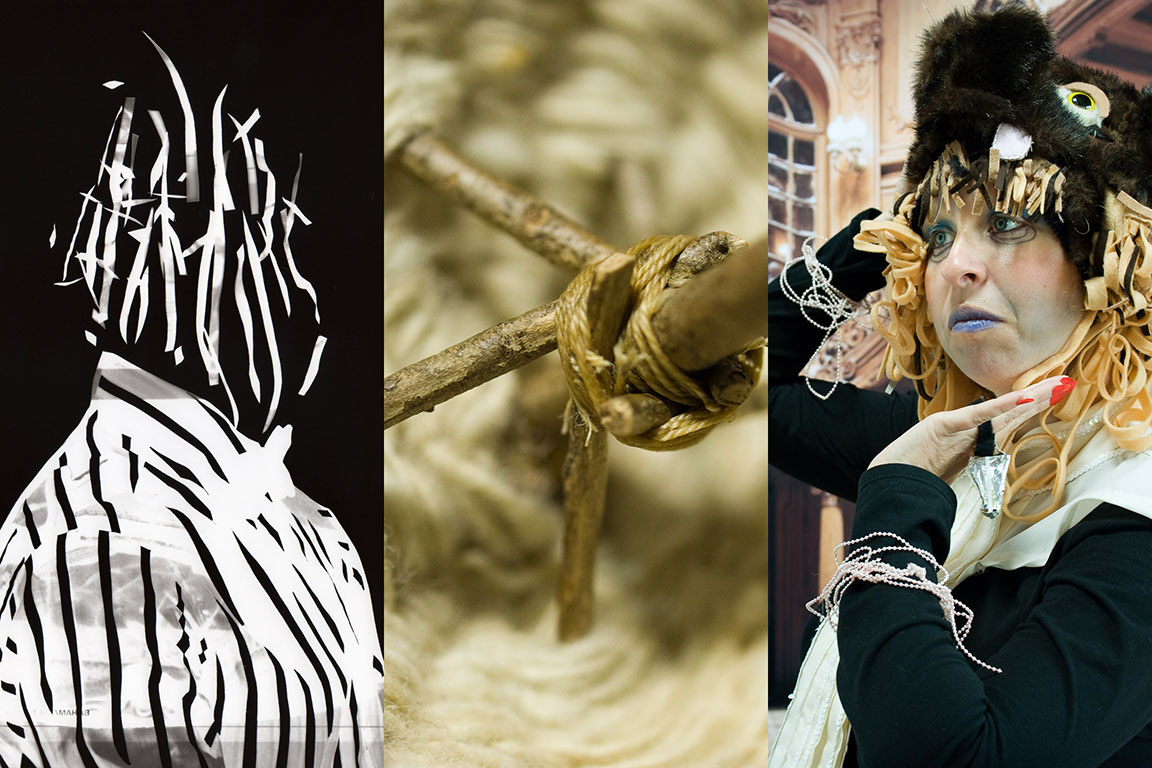 Pictured from left to right are Shilly-Shallying by Aoife Collins, Parasol by William Rueck and Character for the Video True Stories (Almost) by Julie Lequin.

London-based artist Aoife Collins received her B.A. from National College of Art & Design, Dublin, in 2002, followed in 2004 by an M.A. from Chelsea College of Art and Design, London. Collins has participated in numerous groups shows including those in London, Dublin, Belfast, New York, San Francisco, Venice and Slovenia, with an upcoming show at the Kunsti Musuem of Art in Vaasa, Finland.

The notion of multiplicity is salient within Collins’ work, a substantial proportion of pieces revolve around existing materials, substances, and structures transferring them into new configurations. Close attention is played to the ability of objects to role-play. This use of role-playing or mutability, away from intended functionality, is an attempt to open up the realm of possibility. Concepts concerning the real and the possible are central. A great deal of her work consists of reassemblage; form and function are not considered final but rather can be altered and are open to suggestion. In certain respects, some of the imagery and objects can be seen as a form of bricolage, in that a means of permutation causes a displacement or destabilising effect. It is this instigation of instability, which is paramount as it means a type of dislocation can occur. This dislocation or subversion increases the perceived range of analogy. 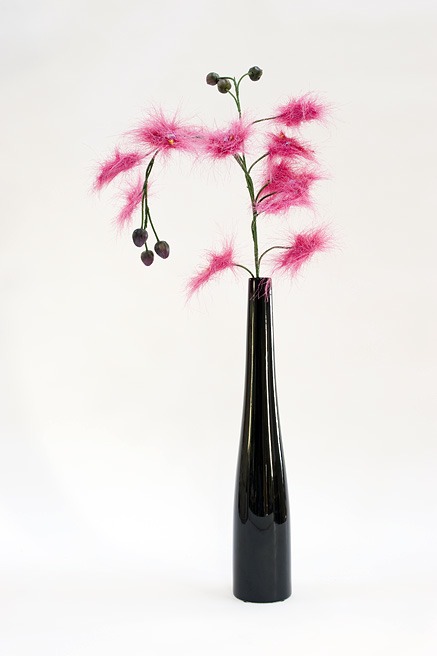 New York artist William Rueck received his BA in Furniture Design from the Rhode Island School of Design in 2005, and 2002 he attended the Nuova Accademia Di Belle Arti Milano, Milan, Italy. Rueck has exhibited in Boston and Rhode Island, USA.

Rueck’s sculptural work, often handcrafted in metal and wood, speaks of a time when craft was the standard, not a luxury; where the quality of one’s possessions meant survival instead of implying your net worth. With his acute attention to detail and craftsmanship, he questions how we struggle to preserve a legacy when everything created is so disposable; kicked to the kerb and replaced with another cheaper, shinier, plastic version. 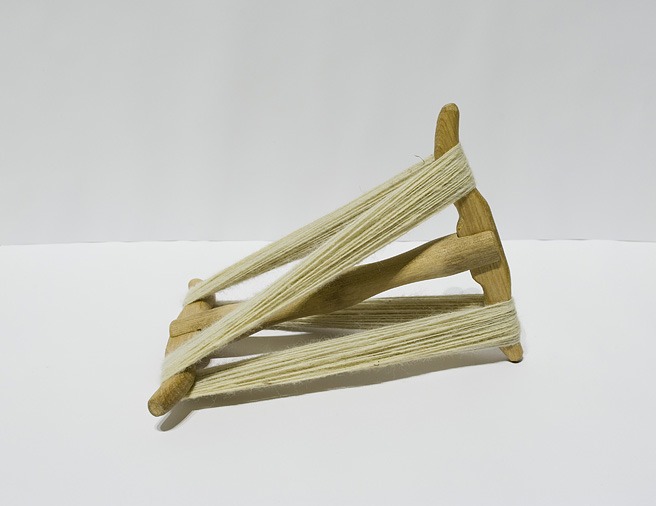 Julie is currently based in her native Montreal, Canada. In 2005 she received her MFA from the Art Center College of Design, Pasadena, USA. In 2002 she received Post-Baccalaureate certificate from the San Francisco Art Institute, CA, and in 2001 completed a Baccalaureate of Fine Arts at Concordia University, Montreal. Lequin has exhibited in solo shows in Los Angeles, New York and Minneapolis, and in numerous group shows and screenings in the United States, Canada, Germany, Italy, Australia, Sweden and Switzerland.

Lequin’s work includes video, performance, drawing and writing. She interweaves personal history with fictionalised events and circumstances in a manner that constantly blurs the lines between the artist as individual and as self-consciously constructed persona. Her practice touches on her French-Canadian identity and her experience of living elsewhere, language and storytelling, persona and humour. Her work speaks from a specificity that reveals a more universal process of acculturation and adaptation. 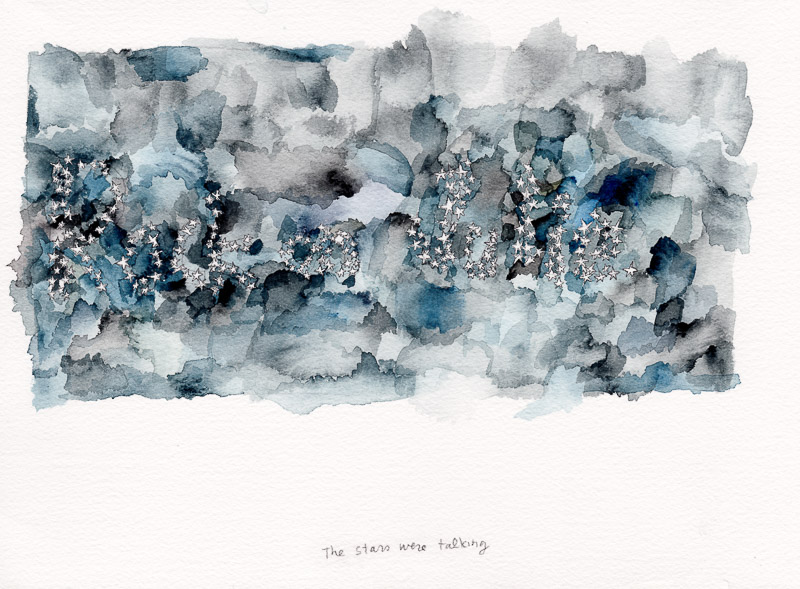