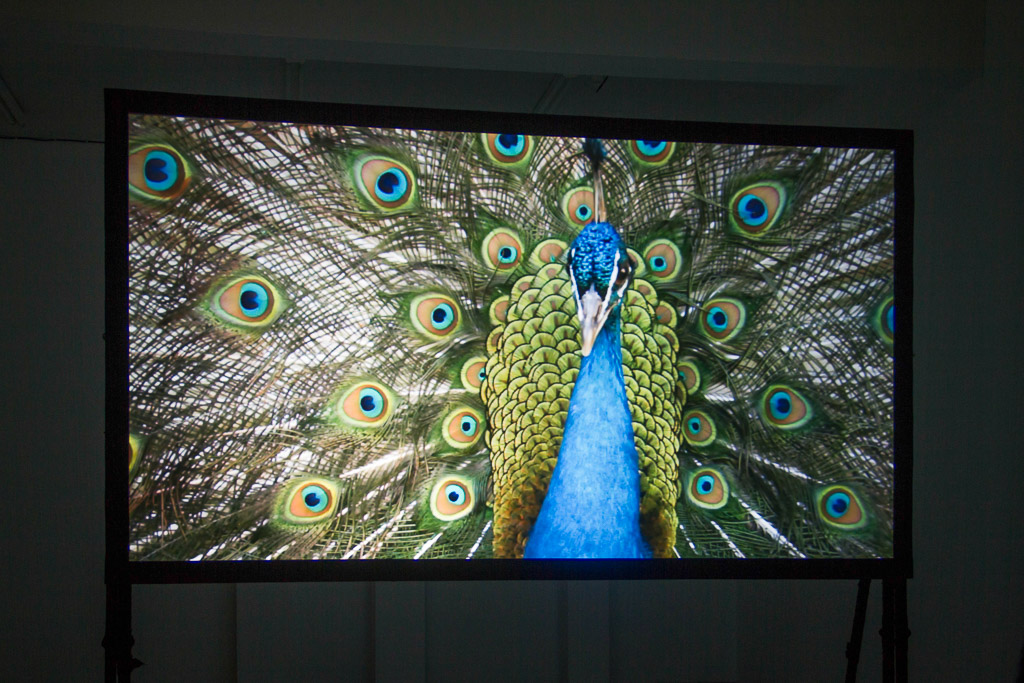 This past Autumn, associate artist Ann Maria Healy exhibited a new video work titled When Dealers Are Shamans at Pallas Projects. The initial ideas for this project began when Ann Maria was with us for our residency I like to eat with my hands. She became interested in our peacock George and began some initial research. We were thrilled to see the stunning final realization of this project.

Ann Maria Healy is a visual artist based in Dublin. Her practice is concerned with reoccurrence, the power of history and narratives embedded within the human psyche. Her work expresses itself through sculptural, video and textual form. Healy is currently on residency at Fire Station Artists’ Studios 2017-20.

Selected exhibitions include ‘Futures: Series 3 Episode 1’, Royal Hibernian Academy, 2017. ‘I like to eat with my hands’, Wexford Arts Centre, 2016. ‘Your ass protrudes toward the malaise’, Eight Gallery, Dublin. 2015. Previous residencies include Cow House Studios, Wexford 2015 and The Banff Centre, Canada 2014. Healy is an MFA graduate of The Piet Zwart Institute, Rotterdam 2014 and a recipient of the Irish Arts Council, Visual Artist Bursary Award 2016.

Below is the text that accomanied this exhibition written by artist  Laura Fitzgerald.

Technology is the iridescence of our times,

the way that the light hits sends shivers through my code.

Dream states have been an important part of human culture since the beginning of time; the ability to dream gives us access to our unconscious being. Walking in the footsteps of Marcus Coates* and others, Healy is partaking in a shamanic journey, to find her own unconscious spirit animal, but instead finds a partly lost soul, amongst the North Inner City.

When Dealers Are Shamans, arose of out of collecting discarded medication trays whilst walking around Dublin city. The majority of these trays are the remnants of a drug called Zopiclone, a prescription hypnotic agent or sleeping pill which is often sold illegally. The prescribed amount is not enough to induce the necessary sleep for this kind of dreaming.

In contemporary living, lights, noise, pollution, political unease, survival is closer to hand than one thinks. If we cannot sleep, how can we dream? These dealers are shamans, giving access points to places where unconscious thought perhaps may have become forbidden or repressed.

In technological terms, it is the spinning and vibration of mechanical parts and microchips that send data pulsing through hard drives, motorways and bandwidths but it is also a practice in spiritual culture to raise one’s vibration in order to dispel or rise beyond ancestral memory and shame.

Through a study of George the peacock, Healy examines the vibrations which he produces to the speed of 25 ‘rattles’ per second. The same frequency of moving image. George is not rattling to attract a mate. There are no other Peacocks within his vicinity. It is possible to suggest that he is vibrating in order to increase his own conscious desire to be. Perhaps, the North inner city is seeking a similar frequency.

When Dealers Are Shamans contemplates our desire to be made manifest as phenomenological beings, to become dreamers. Operating within various modalities, such as medication, technology or vibrational frequencies, connections are opened up for questioning and further discussion.

When Dealers Are Shamans was created with the support of Cow House Studios, Wexford and Fire Station Artists’ Studios, Dublin.

When Dealers Are Shamans 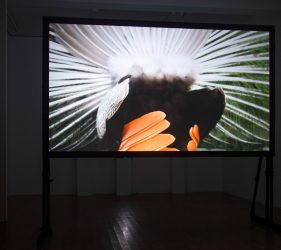 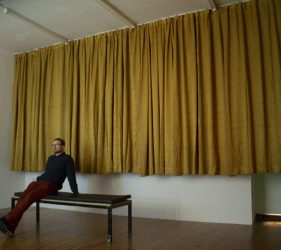 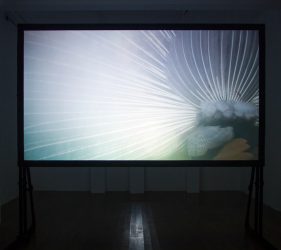