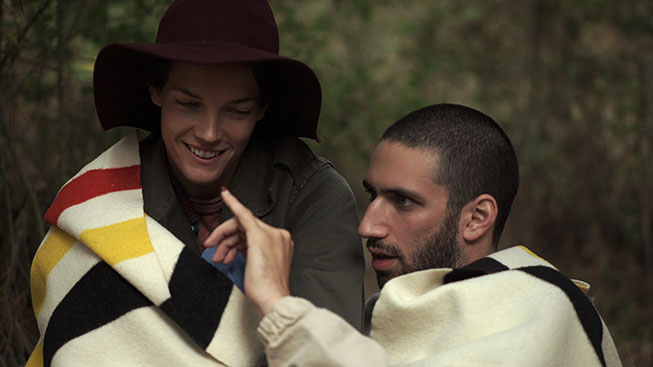 2013 residency artist Ian Clark’s recent film A Morning Light will be screened at the Atlanta Film Festival on April 2nd. The film was premiered at the Torino Film Festival in 2015 and will see further screenings a the Micro-Wave Cinema Series later this year. Ian spent much of his time while at Cow House writing this script and it’s a wonderfully haunting and beautiful production.

A Morning Light is a restrained, sci-fi thriller focused on Zach and Ellyn. Reuniting when Zach returns for the summer, they begin to sense a strange presence has embedded itself in the forest. As they immerse themselves in the surrounding wilderness their experiences become progressively more bizarre. Are the sounds and light phenomena affecting them caused by interactions with another entity, or is this merely an invention of their perception?